GEORGE — With a snip of an orange ribbon, speeches, games, music and thank-yous, every address in this tiny, rural city officially gained access May 21 to one of the world's fastest internet services.

But when you're in kindergarten, that announcement came with the best benefit of all.

"Ice cream!" Shouted the five girls, big smiles on their faces, moments after they and their more than 200 classmates from George Elementary, teachers and gathered guests devoured locally made ice cream bars from Paletería La Michoacana in nearby Quincy.

Fiber-optics and fast internet bring unlimited new opportunities to George for business, education and fun. The girls will one day appreciate that, too.

The George Elementary has had fiber since 2003, when Grant PUD commissioners approved funding to hook up every school in the county. But for the rest of George residents, the network went live barely four weeks ago on April 23. Already, 11 percent of the city's 252 potential hook-ups have signed up for internet-over-Grant PUD fiber service.

George is the first community to receive broadband with the help of Microsoft's Data Center Development Team.

"This is the best press conference I've ever attended!" joked Rahul Joshi, the company's Redmond-based senior network planning project manager. The leaves of a shade tree rustled in the breeze, as scores of grade schoolers sat around him on the school's playground lawn.

"We knew we were interested in bringing more broadband to rural and middle America. It's one of our commitments to the United States and the world," he said. "We knew we had to start in a place where we had a trusted partner… This is an important milestone and the beginning of a continued relationship with us."

Grant PUD Commissioner Tom Flint started off with a question.

"How many people here use the internet?" Young hands shot in the air and young voices responded. "Whoa!" he said. "That's really cool. We can make it happen, but to get the benefit you really need to use it."

"This is great," said Mayor of George Gerene Nelson. "We're really happy to be on the forefront of getting fiber in a very small town. People are excited to get signed up and use the internet in a really fast way."

"Quiero saber quién habla español aquí," he said as maybe 80 percent of the young hands shot into the air before he translated, "I asked how many people here speak Spanish."

As a state law maker, Ybarra supported the successful bill to provide $25 million in state funding to extend rural broadband throughout the state. Thanks, in part, to Microsoft's donation, George didn't have to compete for or await allocation of that new state money.

"With great partners like Microsoft and Grant PUD, we got broadband first here before any other community," he added. When the legislature isn't in session, Ybarra works at Grant PUD as reliability and compliance auditor.

The event's biggest applause easily went to music and gym teacher Eric Nelson's fifth graders, who played two songs on their flute-like recorders and tambourines before heading off to play games and line up for the very best part of all about Grant PUD fiber: ice cream.

Commissioners currently support an aggressive buildout to the rest of the county — a project expected to cost approximately $70 million and take about four more years, if funding remains available. County wide, 56 percent of residents who have access to Grant fiber have subscribed to the service.

For more information on Grant PUD fiber and availability in your area, visit grantpud.org/getfiber. 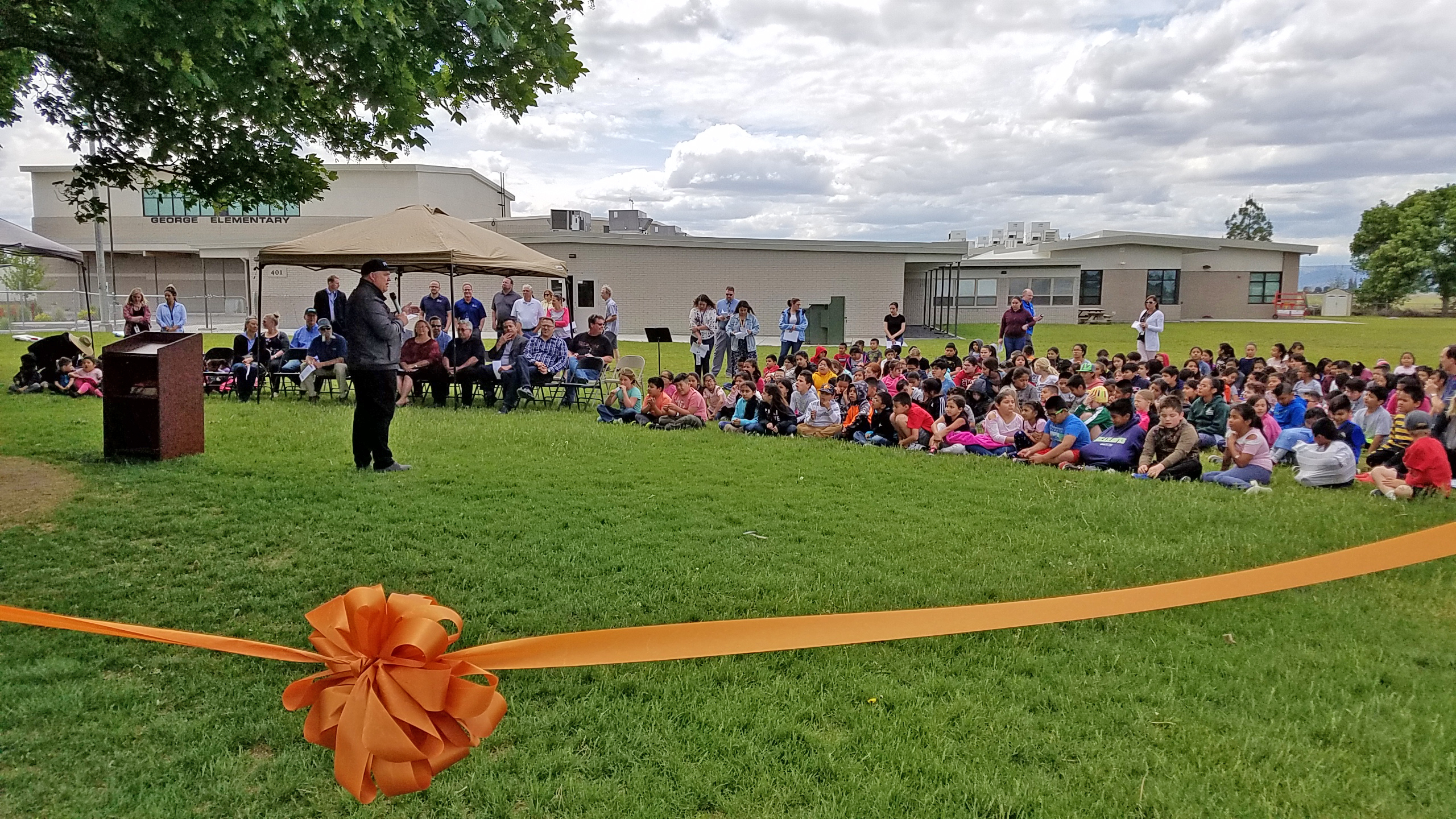 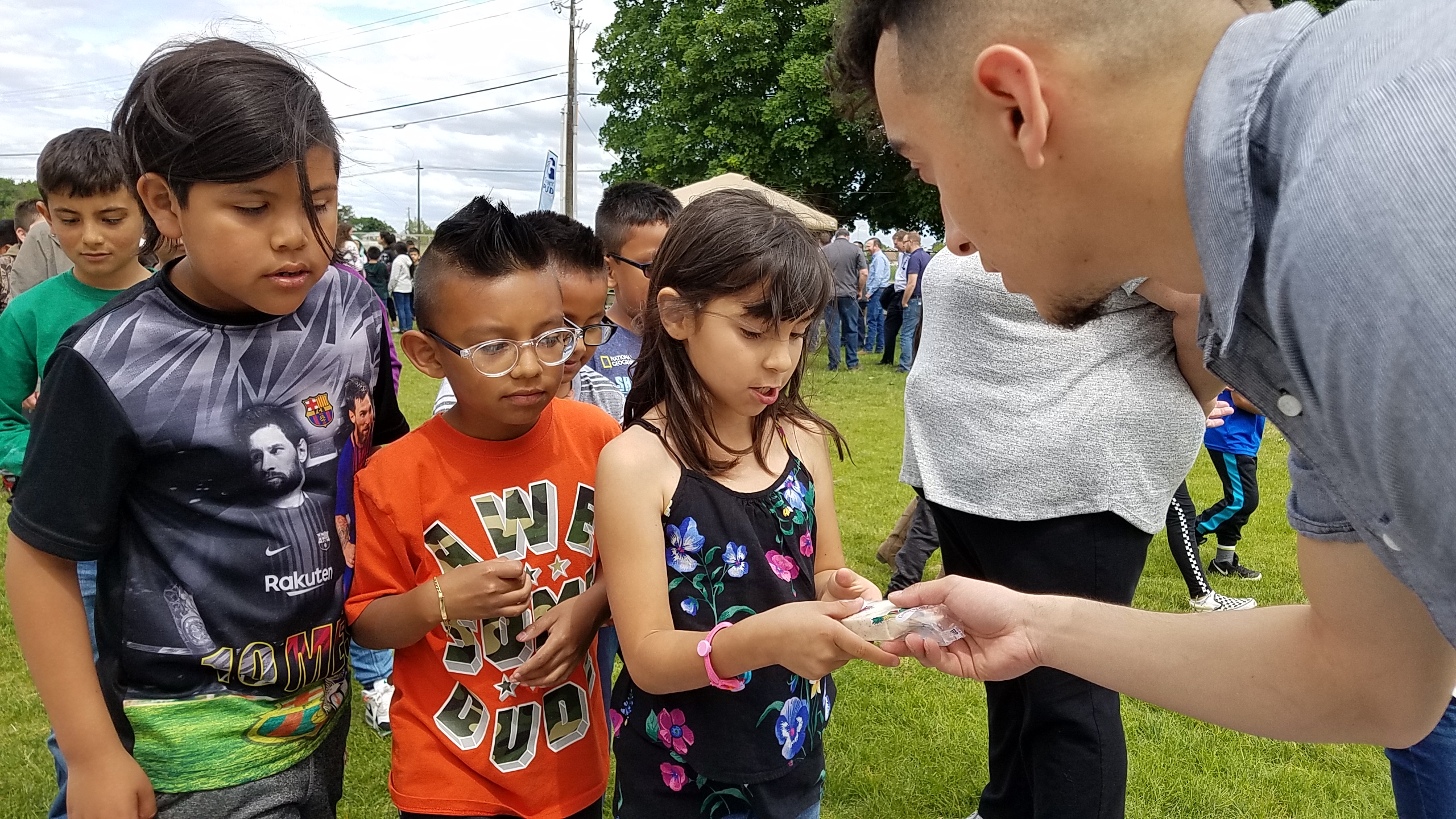 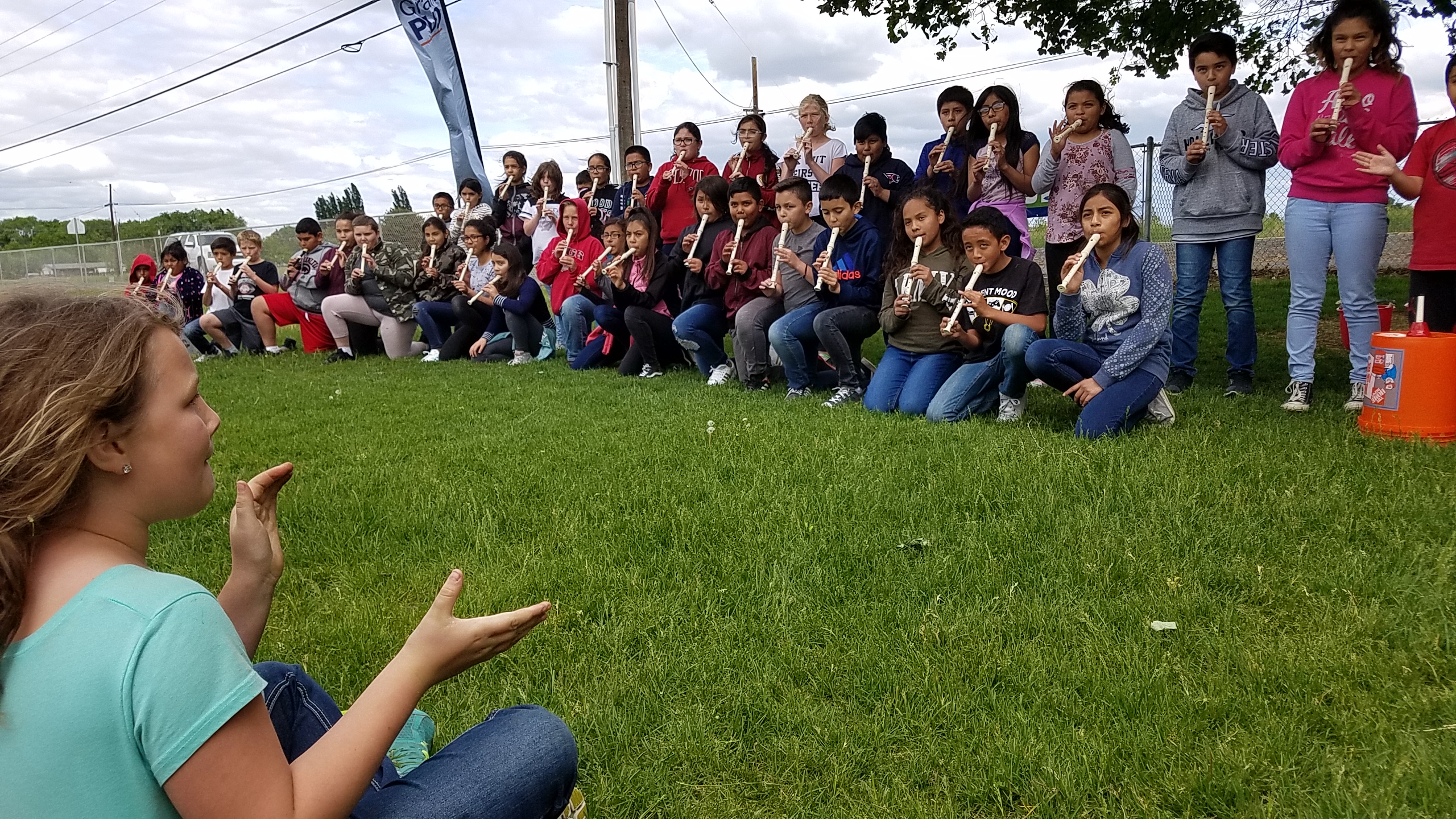